The following two articles being presented below is published here to raise legitimate awareness on the pro-imperialist ‘Kony 2012’ campaign being propagandized by the Invisible Children organization. The prison gates are open… will not tolerate this neo-liberal campaign to continue moving forward without it being exposed for its true intentions to more and more politically conscious people. I’m presenting this here in the hopes that everyone reading will spread it far and wide and build a collective response against the ‘Kony 2012’ propaganda:

Kony 2012: Watch this before donating *Must Watch*

A brief look at what the KONY 2012 video DID NOT TELL YOU:

There are other charities through which you can help those children… an example is “Children of the Nations” who spend 86.9% of donations on the actual program. They have 4/4 stars in all categories and do not advocate for foreign intervention, hence much more trust-worthy.
http://www.charitynavigator.org/index.cfm?bay=search.summary&orgid=8392

This is to help you make an informed decision and more importantly to get a discussion rolling and encourage the charity to respond to these important points for our clarification. PLEASE SHARE.

KONY 2012 VIDEO:
http://www.youtube.com/watch?v=Y4MnpzG5Sqc
——
ONE: Last years account for the charity (on page 6) showing that only 31% of donations were actually used for the charity program
http://c2052482.r82.cf0.rackcdn.com/images/737/original/FY11-Audited%20Financ…
——
TWO: Charity Navigator gives low ratings to this charity, mainly for lack of transparency
http://www.charitynavigator.org/index.cfm?bay=search.summary&orgid=12429
——
THREE: Ugandan military accused of heinous crimes such as rape and murder… yet the charity funds them
http://www.observer.ug/index.php?option=com_content&view=article&id=1…
——
FOUR: Foreign affairs claim the charity exaggerates to manipulate viewers
http://www.foreignaffairs.com/articles/136673/mareike-schomerus-tim-allen-and…
——
FIVE: US Marines have failed to take Kony down, each time leading to harsh retaliations and death of many children (same link as FOUR)
http://www.foreignaffairs.com/articles/136673/mareike-schomerus-tim-allen-and…
——
Detailed article about this:
http://sammhayden.tumblr.com/
——
New York Times report about oil found in Uganda, “Gift that may become curse”
http://www.nytimes.com/2011/11/26/world/africa/uganda-welcomes-oil-but-fears-…
——

Visible Children: We Got Trouble

For those asking what you can do to help, please link to visiblechildren.tumblr.com wherever you see KONY 2012 posts. And tweet a link to this page to famous people on Twitter who are talking about KONY 2012!

KONY 2012 is the product of a group called Invisible Children, a controversial activist group and not-for-profit. They’ve released 11 films, most with an accompanying bracelet colour (KONY 2012 is fittingly red), all of which focus on Joseph Kony. When we buy merch from them, when we link to their video, when we put up posters linking to their website, we support the organization. I don’t think that’s a good thing, and I’m not alone.

Invisible Children has been condemned time and time again. As a registered not-for-profit, its finances are public. Last year, the organization spent $8,676,614. Only 32% went to direct services (page 6), with much of the rest going to staff salaries, travel and transport, and film production. This is far from ideal for an issue which arguably needs action and aid, not awareness, and Charity Navigator rates their accountability 2/4 stars because they lack an external audit committee. But it goes way deeper than that.

The group is in favour of direct military intervention, and their money supports the Ugandan government’s army and various other military forces. Here’s a photo of the founders of Invisible Children posing with weapons and personnel of the Sudan People’s Liberation Army. Both the Ugandan army and Sudan People’s Liberation Army are riddled with accusations of rape and looting, but Invisible Children defends them,arguing that the Ugandan army is “better equipped than that of any of the other affected countries”, although Kony is no longer active in Uganda and hasn’t been since 2006 by their own admission. These books each refer to the rape and sexual assault that are perennial issues with the UPDF, the military group Invisible Children is defending.

Still, the bulk of Invisible Children’s spending isn’t on supporting African militias, but on awareness and filmmaking. Which can be great, except that Foreign Affairs has claimed that Invisible Children (among others) “manipulates facts for strategic purposes, exaggerating the scale of LRA abductions and murders and emphasizing the LRA’s use of innocent children as soldiers, and portraying Kony — a brutal man, to be sure — as uniquely awful, a Kurtz-like embodiment of evil.” He’s certainly evil, but exaggeration and manipulation to capture the public eye is unproductive, unprofessional and dishonest.

As Chris Blattman, a political scientist at Yale, writes on the topic of IC’s programming, “There’s also something inherently misleading, naive, maybe even dangerous, about the idea of rescuing children or saving of Africa. […] It hints uncomfortably of the White Man’s Burden. Worse, sometimes it does more than hint. The savior attitude is pervasive in advocacy, and it inevitably shapes programming. Usually misconceived programming.”

Still, Kony’s a bad guy, and he’s been around a while. Which is why the US has been involved in stopping him for years. U.S. Africa Command (AFRICOM) has sent multiple missions to capture or kill Kony over the years. And they’ve failed time and time again, each provoking a ferocious response and increased retaliative slaughter. The issue with taking out a man who uses a child army is that his bodyguards are children. Any effort to capture or kill him will almost certainly result in many children’s deaths, an impact that needs to be minimized as much as possible. Each attempt brings more retaliation. And yet Invisible Children supports military intervention. Kony has been involved in peace talks in the past, which have fallen through. But Invisible Children is now focusing on military intervention.

Military intervention may or may not be the right idea, but people supporting KONY 2012 probably don’t realize they’re supporting the Ugandan military who are themselves raping and looting away. If people know this and still support Invisible Children because they feel it’s the best solution based on their knowledge and research, I have no issue with that. But I don’t think most people are in that position, and that’s a problem.

Is awareness good? Yes. But these problems are highly complex, not one-dimensional and, frankly, aren’t of the nature that can be solved by postering, film-making and changing your Facebook profile picture, as hard as that is to swallow. Giving your money and public support to Invisible Children so they can spend it on supporting ill-advised violent intervention and movie #12 isn’t helping. Do I have a better answer? No, I don’t, but that doesn’t mean that you should support KONY 2012 just because it’s something. Something isn’t always better than nothing. Sometimes it’s worse.

Grant Oyston is a sociology and political science student at Acadia University in Nova Scotia, Canada. You can help spread the word about this by linking to his blog at visiblechildren.tumblr.com anywhere you see posts about KONY 2012. 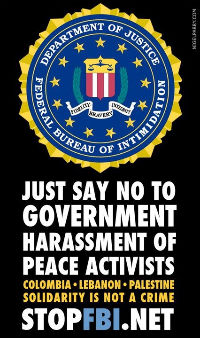 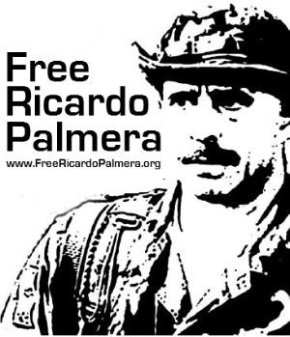